As the outside temperature drops, for example, those who are staffing lobby reception desks will wish they had brought heavier sweaters as cold draughts infiltrate the lower floors, and occupants of the higher and lower floors will again be treated to a variety of whistles, howls, and moans. On colder days, doors leading into and out of the building may be difficult to open—or to close—and some lift doors will not work properly.

Two factors—the height of the building and the difference in air temperatures—determine how forceful the pressure imbalance is that gives rise to the stack effect. Stack effect can occur in any building where the temperature is different between the inside and the outside, but with all other things being equal, the symptoms are more pronounced in taller buildings. The reason for this is that the gradient by which pressure varies with height is different for the warmer internal air than for the cooler external air (considering the cool weather example, which is simply reversed in hot weather). This results in the differences in internal and external pressure being greatest at the top and bottom of the building. Therefore, the taller the building, the further the gradient extends and the greater the forces driving the stack effect. With the current surge in the number of high-rise buildings being built in UK cities, it is no surprise that stack effect seems to be rearing its ugly head much more frequently.

Property owners and managers frequently hesitate to address the problem of stack effect symptoms in their buildings for two main reasons—partly because it is usually a seasonal occurrence, but also because it raises questions about the quality of the design and construction.

Some engineers and consultants specialize in addressing potential or existing stack effect issues once the building is complete. However, proactively heading off likely problems through consultation early in the design process is always far less costly than remediating them after the fact.  An experienced engineering consultant can model a building before it is built and use that model to very effectively mitigate the risks of stack effect.

Because the building fundamentally wants to be a chimney, openings—intentional or otherwise—in the upper and lower portions of the building can contribute to the issues we experience as a result of stack effect. The gaps around frameless sliding glass doors are a common source of problems. Wide-open entry areas without vestibules allow air to transfer more quickly and directly to lift shafts, boosting both infiltration and exfiltration rates. The same can be said for vents throughout the building.

Poor quality facades can contribute significantly to overall structural leakage. Specification of doors that does not take airflow into account—whether infiltration of outside air or airflow within the building—can also lead to problems. Even where doors are positioned can contribute to either controlling stack effect or making it worse. For example, relocating doors from one side of a set of lifts to the other, or repositioning them to a junction in a corridor, can have a large impact on stack effect.

Regardless, stack effect is a natural occurrence with effects that can be addressed—or avoided—through building science. It’s actually a breeze. 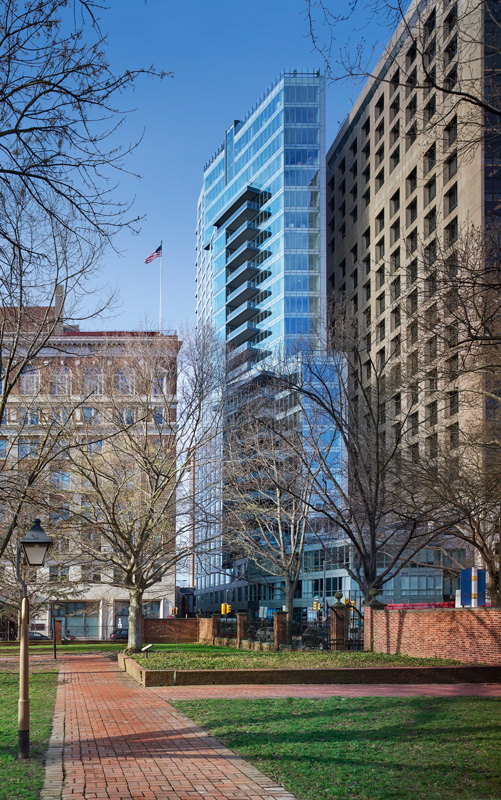 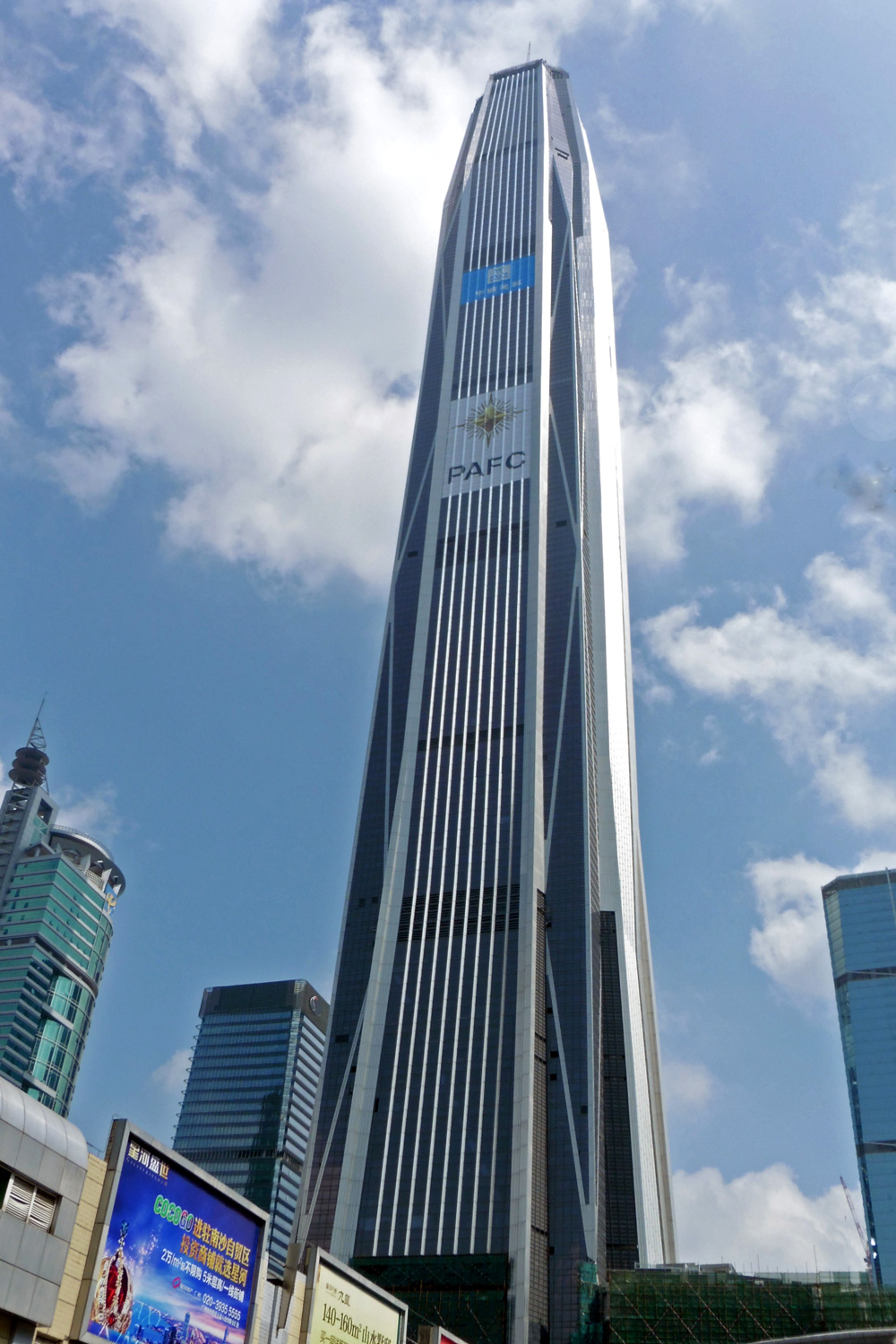 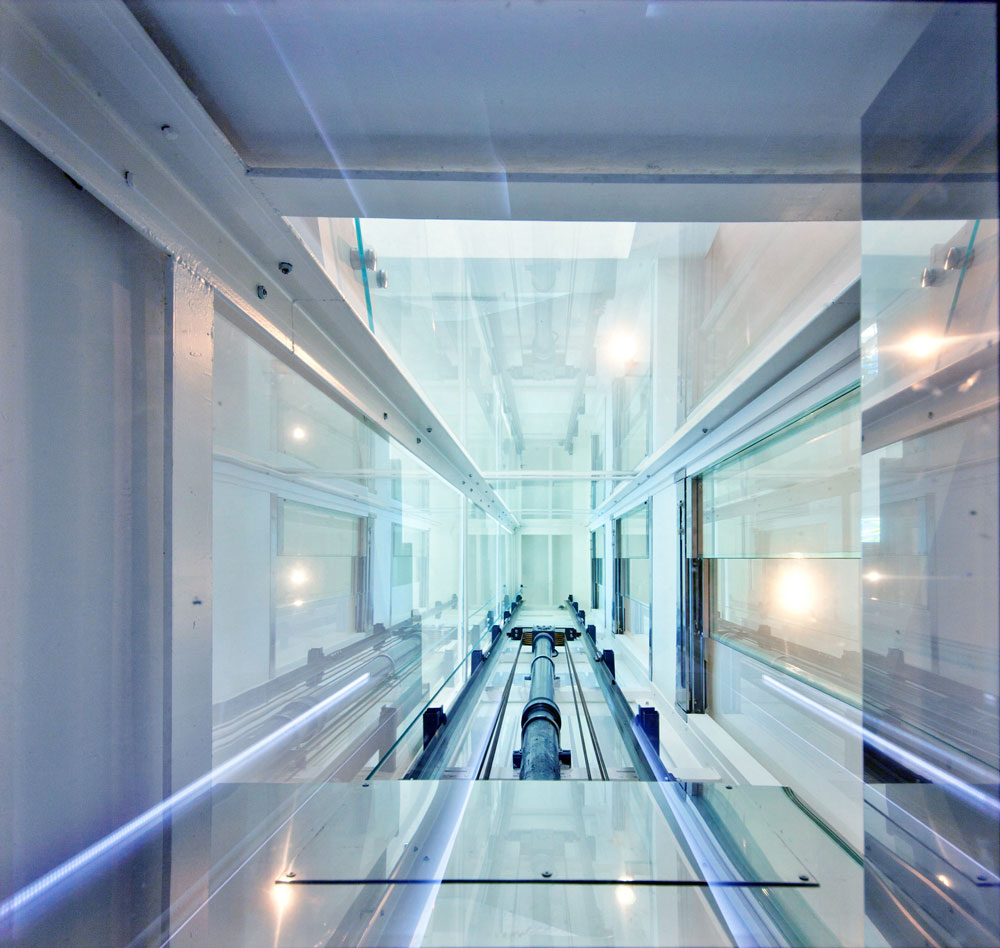